Its now exactly a year since Alba Ballets Cinderella took to the stage. It was two years in the making, with over 350 hours of studio time going into the production. The cast was made up of 31 dancers. Mairi MacLeod from Greenock was the leading lady playing Cinderella. Mairi was joined by Josef Jagger from Birmingham who played The Prince. The two leading roles were supported by Rachel Ashmead our Fairy Godmother. The Step Mother and Step Sisters were played by Rebecca Holmes, Sarah Arkley and Amy Hughes. Emma Dunn and India Wimot completed the main roles playing The Father and Ballet Teacher. The Corps De Ballet was made up with our other 23 members.

See the cast and clips from Cinderella 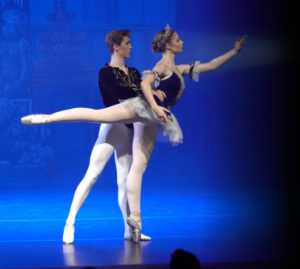 The 11th of November was opening night for Alba Ballets production of Cinderella at The Beacon Arts Centre in Greenock. Finally the curtain went up on Cinderella. The whole cast put on a wonderful performance and the audience reaction was fantastic. All the hard work had paid off and by the second night the nerves had gone and the cast were able to really enjoy the second performance. Our two performances in Greenock were not the end of Cinderella 2016, as we were going down the Clyde to a new venue for Alba in Largs.

Alba Ballets Cinderella moved from Greenock to Largs and was performed on Saturday the 19th of November. The cast and production crew arrived at 1pm on the day of the performance. Despite the short timescales and different stage settings, the cast once again put on another great performance to a brand new audience in Largs. When the final curtain came down, it brought an end to a fantastic journey for all those involved.

Find out more about Alba Ballet 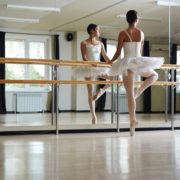 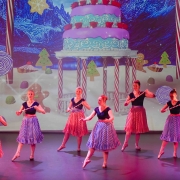 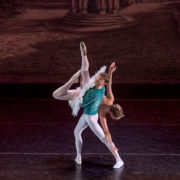 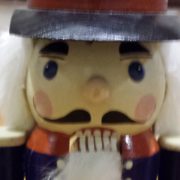 Want to join the discussion?
Feel free to contribute!

The Nutcracker by Alba Ballet November 2013
Scroll to top